Members receive discounted admission to all collaborator screenings and events.

GPJFF Outside the Box
Philadelphia Premiere!

Vic (Chris Galust), a young, well-meaning Russian-Jewish immigrant and medical transport driver for people with disabilities, is late to work because he just doesn’t know how to say no. Upon discovering his grandfather and a group of elderly Russian neighbors stranded en route to their dear friend’s funeral, Vic reluctantly agrees to drive them, but needs to stop along the way to pick up other passengers – including regulars like Tracy (Lauren “Lolo” Spencer), a young black woman with ALS. With his mother and supervisor hounding him with phone calls, hiccups and detours along the way due to a protest gaining momentum in downtown Milwaukee, Vic’s day surely could not get any worse – or could it?

This quick-moving, funny, and tender day-in-the-life story takes you on a wild ride through a marginalized America. In “real” life, we might run into Vic, when he’s dropping off Tracy at her morning appointment, but we wouldn’t have an inkling about Vic’s painstaking efforts to get her there. GIVE ME LIBERTY is that story and you won’t be the same after you’ve watched it! 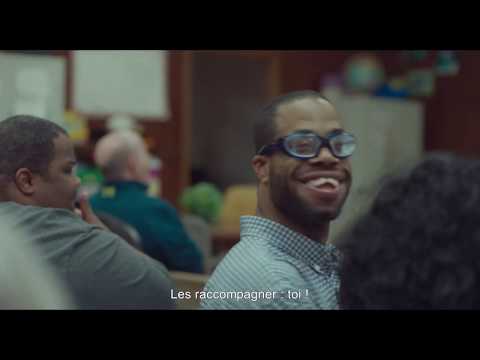 Reviews:
- “The debut of a fresh vision of the all-American crowd-pleaser.” (Nick Allen, RogerEbert.com)
- “Completely, delightfully unpredictable from scene to scene, Give Me Liberty draws you in with its moving performances and blasts of broad comedy.” (Manohla Dargis, The New York Times)
- “A wild and ultimately joyous ride…a glorious comedy of chaos, solidarity and unsung heroism.” (David Rooney, The Hollywood Reporter)