THIS SCREENING HAS BEEN MOVED INDOORS DUE TO THE FORECAST

This campy, colorful feature film adaptation of the comic book Flash Gordon made its way from directors Federico Fellini, Nicolas Roeg and Sergio Leone until finally landing in the hands of Mike Hodges. Ingmar Bergman regular Max Von Sydow plays Ming the Merciless alongside a cast that includes Timothy Dalton, Brian Blessed and Topol. When Ming decides to entertain himself by destroying planet Earth, Flash, Dale Arden and Dr. Hans Zarkov confront him in a battle that ultimately unites all of Ming’s enemies. While George Lucas’ Star Wars may have made a more lasting cultural impact, Flash Gordon remains a thrilling, epic sci-fi tale that never takes itself too seriously. Bonus: a soundtrack by the rock group Queen. 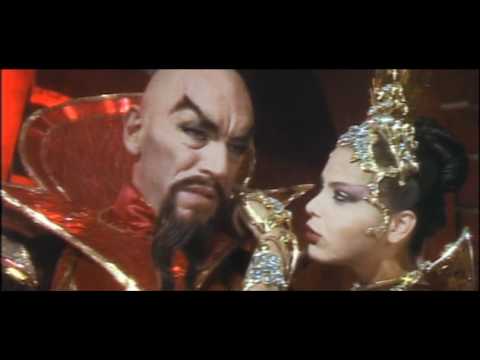