The Stormy Man (aka The Guy Who Started a Storm)

The film that made Yujiro Ishihara a star and the Nikkatsu studio solvent, The Stormy Man stars Ishihara as Shoichi Kokubu, a young drummer who employs both his hands and his fists in the Ginza jazz world. His younger brother Eiji (Kyoji Aoyama) supports his ambitions and helps find him a manager in Fukushima Miyako (Mie Kitahara), who is as sassy and smart as she is gorgeous. Their mother (Fukuko Sayo), however, is stubbornly opposed to Shoichi’s choice of careers—a constant source of pain for him and of annoyance for the audience.

Miyako takes Shoichi into her spacious Western-style house, where he can practice without disturbance. She also begins to take a more than professional interest in him, while maintaining her all-business facade. He feels the same tug—but his first priority is to beat Charley Sakurada (Toshio Oida), the best drummer in the Ginza and an arrogant git with gang connections.

Released in the peak New Year’s season, The Stormy Man became the third biggest box-office hit of 1957. It also solidified Inoue’s reputation as a maker of hit musicals. For its young audience, who clapped and cheered as Ishihara sang “Ore wa dorama, yakuza na dorama” (“I’m a drummer, a no-good drummer”), the film was an event, a generational marker, and a much-revived classic. Today it still packs musical excitement—and presents Japan’s premier movie star at his most charismatic. Inoue remade the film for Shaw Brothers in Hong Kong as King Drummer (1967). 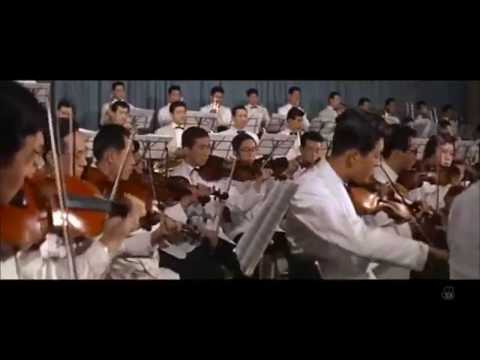