The Unknown Man of Shandigor

Swiss director Jean-Louis Roy’s long-lost mid-1960s Cold War super-spy thriller is a marvelous and surreal hall of mirrors, part-Dr. Strangelove, part-Alphaville with sly nods to British TV shows like “The Avengers” and “Doctor Who.” The film stars a who’s who of great Sixties character actors starting with the unforgettable Daniel Emilfork (The City of Lost Children, The Devil’s Nightmare) as crazed scientist Herbert Von Krantz, who’s invented a device to sterilize all nuclear weapons. A mad herd of rival spies are desperate to get their hands on the device, including legendary French singer Serge Gainsbourg as the leader of a sect of bald, turtleneck-wearing assassins, and Jess Franco vet Howard Vernon (The Awful Dr. Orlof). Gainsbourg’s deranged jazz-lounge song, “Bye Bye Mr. Spy” – performed by him on funeral parlor organ, no less – is arguably the film’s high point. All Mod sunglasses and bizarre architecture (including Antoni Gaudi’s famed La Pedrera / Casa Mila), the long-unavailable Shandigor has been beautifully restored in 4K by the Cinematheque Suisse.  “An accomplished spy is at the same time psychologist, artist, funambulist, conjurer,” to quote one of the characters – and the same could be said of Roy’s exotic camera obscura of B&W Cold War paranoia.  With Marie-France Boyer (Agnes Varda’s Le Bonheur).  (Jean-Louis Roy, Switzerland, 1967, 90 min., b&w) In French with English subtitles

Our goal is to ensure your visit to Lightbox is safe and comfortable. As we resume in-person events in the coming months, we will continue to follow the health and safety guidelines set forth by the Centers for Disease Control as well as state and local officials. While preparing to attend a Lightbox program please note the following:

·Lightbox Film Center at UArts is a vaccine-required community, with few exceptions.

·All guests must be fully vaccinated against COVID-19, and must present proof of vaccination at the box office. CDC-issued vaccination cards are preferred, though photographic proof will also be accepted. Masks are required at all times.

·Lightbox will be operating at reduced capacity until further notice.

·Tickets to all screenings must be purchased in advance at https://lightbox-film-center.ticketleap.com/

The Unknown Man of Shandigor Trailer 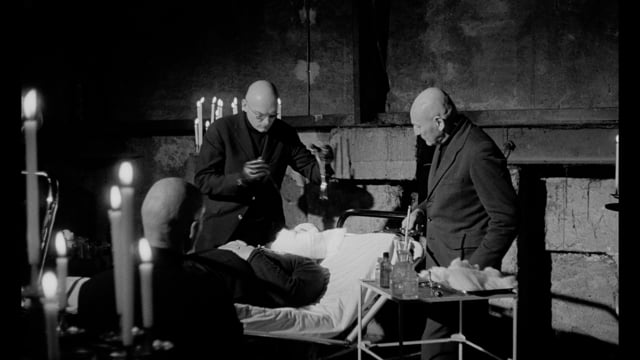