Henri is a frustrated teenager living with his parents in a provincial French coastal town. When they drag him to the train station to bid adieu to his sister, Henri sneaks off to a secluded bathroom and interrupts a hustler named Jean satisfying the masochistic desires of an older male client. Henri falls desperately in love with the sexy criminal, but Jean evades Henri’s affections. Undeterred, Henri shadows Jean as he traverses the dark and dangerous underbelly of their sleepy village. But as he descends deeper and deeper into Jean’s world, there may not be an easy way out. Patrice Chéreau’s 1983 drama is a revelation: an amazingly accomplished work that genuinely channels the transgressive, unsanitized sensibility of Jean Genet, boasting a breakout lead performance by young Jean-Hugues Anglade and a script that took co-writers Chéreau and legendary gay French author and activist Hervé Guibert six years to perfect. The result is a rich, strange, and sumptuous film leading us to exhilaratingly mysterious and unfamiliar spaces both physical and psychological. (Patrice Chéreau, France, 1983, 110 min.) In French with English subtitles 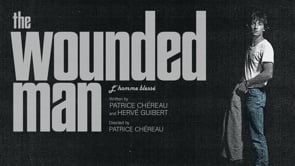